In June 2020, in Gothenburg, Sweden, a red VOLVO heavy truck occupies 2 lanes, carrying a huge circular object, and slowly driving on the highway.

The huge round object is blue all over, with a diameter of 8 meters and a weight of 59 tons. It is like a giant's ring, shrouded in a veil of mystery.

In fact, this giant blue ring is a shield machine bearing manufactured by SKF Avalon factory in Sweden, which is also the largest diameter shield bearing produced by the factory. This bearing will be shipped to China after it leaves the factory, and the carrier is Cayon, a heavy-duty transportation company.   ERIC BEARING LTD have enough stock for SKF 23060 CC/W33  bearings , if you interested , pls contact us . 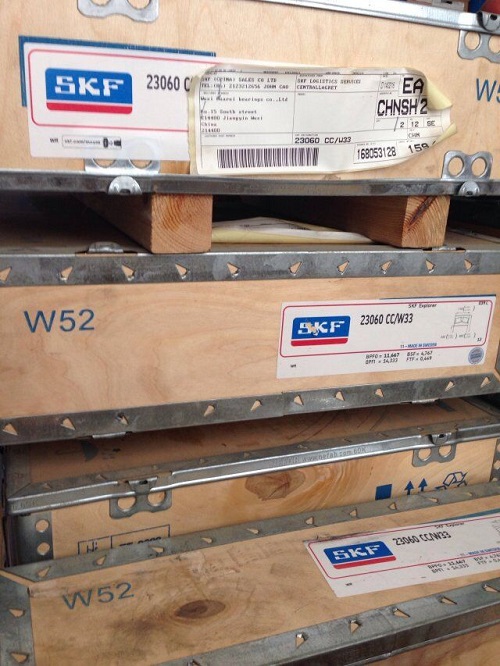 Therefore, the large slewing bearing of shield machine is known as the "jewel in the crown" of the slewing bearing, and its core technology has been mastered by the American ANDREWS, the American Timken, the Japanese NSK and the Swedish SKF. The full name of Swedish SKF is "Svenska Kullager-Fabriken" and the Chinese transliteration name is "SKF"; SKF Group is headquartered in Gothenburg, Sweden, and is a leader in bearing technology and manufacturing.

Such spectacular transportation scenes aroused the interest of French model master Manugo. He made the model of SKF giant bearing and its transportation bracket with 1:50 scale, using PVC material and cardboard, which is lifelike. Metal color.

After the production, Manugo also decrypted for us why the bearing is blue. In fact, the bearing is the natural color of metal, but before leaving the factory, SKF put a blue coat on the bearing as a protective layer, which is a tarpaulin covered on the bearing by a thermoforming process.