Causes of Vibration During Operation of NTN TRB bearings

Generally speaking, the rolling bearing itself does not generate noise. The commonly felt "NTN tapered roller bearing noise" is actually the sound effect of the bearing directly or indirectly vibrating with the surrounding structure. This is why many times the noise problem can be regarded as a vibration problem involving the entire NTN tapered roller bearing application.

Excitation due to changes in the number of loaded rolling elements

When a radial load is loaded on an imported bearing, the number of rolling elements carrying the load will change slightly during operation, that is: 2-3-2-3... This causes a deviation in the load direction. The resulting vibration is inevitable, but it can be reduced by axial preloading , which is loaded on all rolling elements (not applicable to cylindrical roller bearings).

In the case of a close fit between the NTN tapered roller bearing ring and the bearing housing or the transmission shaft, the NTN tapered roller bearing ring may deform due to the shape of the adjacent component. If deformation occurs, vibration may occur during operation. Therefore, it is important to machine the bearing housing and drive shaft to the required tolerances.

There are three ways to reduce vibration:

2. Restrain the critical excitation vibration between the excitation component and the resonance component;

3. Change the stiffness of the structure, thereby changing the critical frequency.

In the process of using NTN bearings, due to its own quality and external conditions, its load capacity, rotation accuracy and friction reduction performance will change. When the performance index of the bearing is lower than the use requirements and cannot work normally, it is called If the bearing is damaged or fails, once the bearing is damaged or other unexpected conditions, various abnormal phenomena such as the machine and equipment stopping and the function being damaged will appear.  NTN  30226U bearings in stock , pls click here : 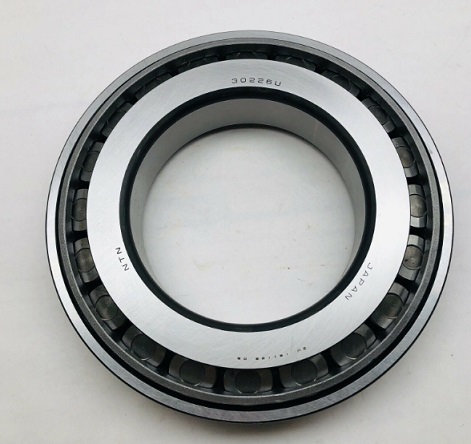 Therefore, it is necessary to investigate and deal with the causes in the short term and take corresponding measures. Of course, the damage of NTN bearings is much more complicated than the damage of general mechanical parts. The characteristics of rolling bearing damage are many manifestations, and the reasons are complex. Most of the internal factors of design and manufacturing are caused by improper use, for example: improper installation, poor lubrication, poor sealing and other external factors.

It is of great significance to study the formation and causes of NTN bearing damage. On the one hand, it can improve the use method, use the bearing correctly, give full play to the bearing's due efficiency, and on the other hand, help to develop new products with better performance. In addition to the precautions, installation methods, and operation monitoring of rolling bearings, this article focuses on the form and causes of bearing damage and the countermeasures to be taken.

Bearing noise is a problem that many brand bearings will produce, but the reason is the same. The following is Eric Bearing Limited to see what causes NTN bearing noise:

1. NTN bearings are mixed with impurities such as sand particles or carbon particles, dirt such as acids or paint,

2. NTN bearings are mixed with water. Play a role in corrosion;

3. The clearance of the NTN bearing is too small (the fit is not selected properly)

5. Lack of lubrication (the oil level is too low. Or the seat hole is not straight)

8. There are debris in the hole of NTN bearing seat (there are chips left.

How to check the operation of NTN bearings

After the installation of NTN imported bearings is completed, in order to check whether the installation is correct, a running inspection is required. Small machinery can be rotated by hand to confirm whether it rotates smoothly. The inspection items include poor operation due to foreign objects, scratches, and pressure marks, unstable torque due to poor installation, poor processing of the mounting seat, excessive torque due to too small clearance, installation errors, and seal friction, etc. Wait. If there is no abnormality, power operation can be started.

Large machinery cannot be rotated manually, so the power is cut off immediately after no-load start, the machine is idling, check whether there is vibration, noise, whether the rotating parts are in contact, etc. After confirming that there is no abnormality, enter the power operation.

The power operation starts from the no-load low speed and gradually increases to the rated operation under the specified conditions. The items to be checked during the trial operation are whether there is abnormal sound, temperature change of NTN imported bearings, leakage or discoloration of lubricant, etc. If an abnormality is found, the operation should be stopped immediately, the machine should be inspected, and the bearing should be removed for inspection if necessary.

If the bearings are not properly installed, the temperature will rise sharply and abnormally high temperatures will appear. The reasons are too much lubricant, bearing clearance is too small, poor installation, excessive friction of the sealing device, etc. In the case of high-speed rotation, the choice of NTN imported bearing structure and lubrication method is also the reason.

The rotation of NTN imported bearings is checked with a stethoscope, etc., and there are strong metal noises, abnormal sounds, irregular sounds, etc. that are abnormal. The reasons are poor lubrication, poor precision of the shaft or bearing housing, bearing damage, foreign matter intrusion, etc.

Common faults of NTN imported bearings are as follows:

2. Strain on the surface of the journal: There are iron-based cutting abrasive particles or black oxide particles in the iron spectrum, and the tempered color exists on the metal surface.

5. Fretting wear on the back of the tile: Spectral analysis found that the iron concentration is abnormal. There are many iron components with submicron wear particles in the iron spectrum, and the moisture and acid value of the lubricating oil are abnormal.

Under the condition of liquid lubrication, the sliding surface is separated by lubricating oil without direct contact, and the friction loss and surface wear can be greatly reduced. The oil film also has a certain vibration absorption capacity.  Eric Bearing Ltd are professional NTN bearings distributor , if you want know more , pls do free to contact us . 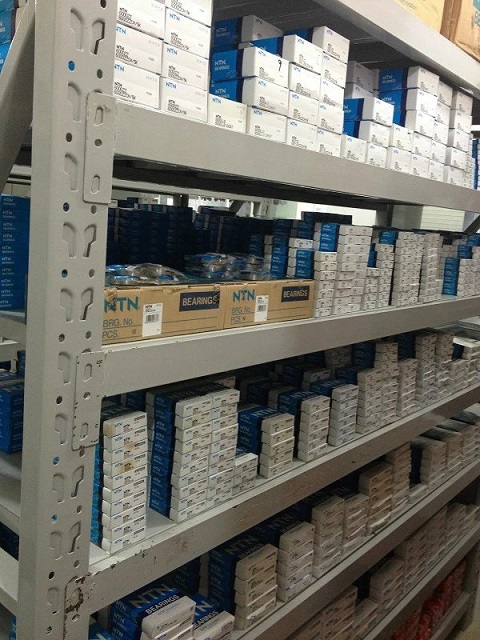