(3) Water-based lubricating oil: Two immiscible liquids are processed so that one side of the liquid is dispersed and suspended with fine particles (about 0.2-50 microns in diameter) in the other liquid, called emulsified oil or emulsion . Such as water-in-oil or oil-in-water emulsified oil, water-glycol hydraulic oil, etc. Their main functions are flame resistance, cooling, fuel saving, etc.

(6) Gas lubricant: some inert gases such as air, nitrogen, helium, etc. are used as lubricants. Its main advantage is that the friction coefficient is lower than 0.001, which is almost equal to zero. It is suitable for the lubrication of precision equipment and high-speed NSK bearings. ERIC BEARING have rich stock for NSK 22213CDE4C3S11 , if you interested , pls click here : 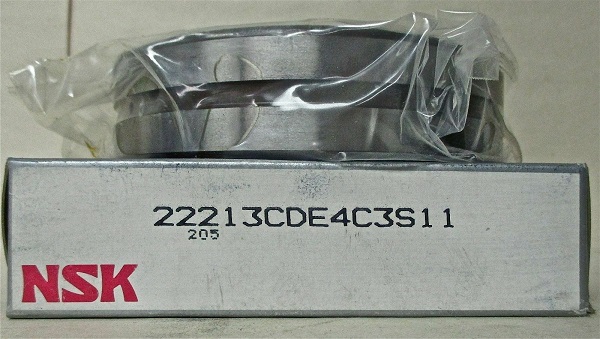 2. The main performance indicators of lubricants

Viscosity indicates the viscosity of lubricating oil. It refers to the internal frictional resistance generated when relative displacement occurs between oil molecules, and the size of this resistance is expressed by viscosity.

When the lubricating oil is heated under certain conditions, the evaporated oil vapor is mixed with air to reach a certain concentration when it comes into contact with the flame, and the lowest temperature at which short-term flicker occurs is called the flash point.

Indicates the degree of softness and hardness of the grease, which is an important basis for classifying grease grades.

Indicates the heat resistance of grease.

Put a sample of grease into a dropping point meter and heat it under specified conditions. The temperature when the first drop of oil drops after the grease melts is used as the dropping point of the grease.

There are many types of lubricants and greases, and many factors must be considered in a reasonable selection, such as the type, specification, working conditions, environment, and lubrication methods and conditions of the friction pair. There are different selection methods for different situations. The following can only take the main factors as the basis for selection under the condition of generality.

The higher the relative movement speed of the two friction surfaces, the lower the viscosity of the lubricating oil and the larger the penetration of the grease. If oils and greases with high viscosity and small penetration are used, the resistance of movement will be increased, a lot of heat will be generated, and the friction pair will heat up.

The greater the work load, the higher the viscosity of the lubricating oil, and the lower the degree of the lubricating grease. All kinds of oils and greases have a certain bearing capacity. Generally speaking, the oil film of the friction pair is not easy to damage the oil with high viscosity. In boundary lubrication conditions, the dry viscosity does not play a major role, but the oiliness. In this case, the extreme pressure of oil and grease should be considered.

Less than -35℃ is lower temperature,

Above 120°C is a higher temperature.

Working conditions, surrounding environment, and lubrication methods must also be considered. If the lubrication conditions are in contact with water, lubricating oil and grease that are not easily emulsified by water, or water-based lubricating fluid should be selected.

The lubrication method is centralized lubrication, that is, grease with good pumpability should be selected. The precision friction pair should choose grease with low viscosity and high penetration, etc., which should be determined according to the actual situation.

The several basis considered above should be comprehensively analyzed according to the actual situation during application and cannot be used mechanically. In the event of a conflict, the main needs should be met first, and the speed, load, temperature and other factors should be considered, and then the viscosity and penetration should be determined.