Slippage generally occurs on a half-ring raceway of a double-half ring, and there is obvious tailing phenomenon, and one third of the spherical surface of the rolling element of the faulty bearing is discolored. Of course, there are also wide and narrow half-rings that have slippage at the same time, and there are also cases where the steel ball changes color and the inner ring does not slip.

The main cause of IKO roller bearing skid injury is the light weight of the rotor, which does not form sufficient radial load on the bearing; the main cause of ball bearing skid injury is the change of the axial load. In addition, when the movement resistance of the rolling elements and the cage is too large, the slipping and rubbing failure will occur.

When the axial load of the IKO bearing is insufficient, the radial force acts on the bearing and is transmitted to the steel ball to prevent it from forming an effective contact angle. The steel ball is in contact with the two half inner rings at the same time, forming multi-point contact. Then there is a slipping fault.

The inner ring of the IKO bearing has a peach-shaped groove structure. In the case of insufficient radial clearance, it will cause the surface of the steel ball and the groove surface to slip and scratch.

(3) Slip caused by the spin of the steel ball 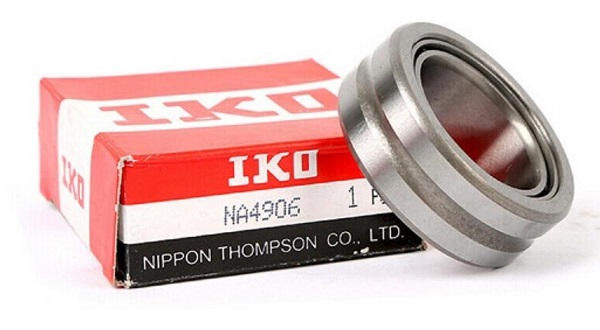