There are many reasons for NTN bearing damage. One of the common reasons is that the bearing is dirty and not clean. The typical dirt immersion period is during the initial installation process and during maintenance. Dirt leaks into the NTN bearing housing through the air, or even through the use of dirty lubricant, enters the NTN bearing.

For example, hard and rough foreign substances such as rust or other metal materials can cause small depressions. Due to overload failure, the depression caused by acid corrosion or corrosion is obviously different. Blockage of hard objects can cause the seat ring to rotate.

A representative of the industry once revealed that more than 95% of all failures of anti-friction NTN bearings come from defective assembly, unsuitable working conditions and other similar reasons that can usually be found after observation of NTN bearings.  NTN 6012 LLU bearings online , pls click here : 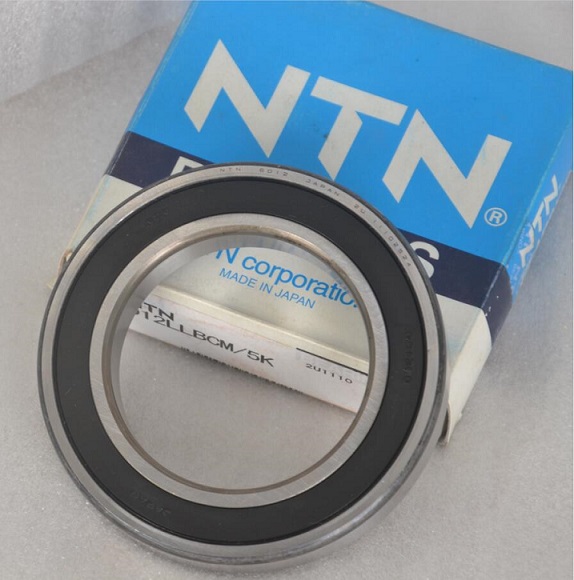 However, many of the above-mentioned failures can be avoided or postponed with better lubricants. The failure caused by water, acid or other corrosive substances on the NTN bearing is the red-brown surface and very small corrosion holes on the entire exposed surface of the seat ring.

Generally, due to the rolling motion, the lubricant is pushed away from the ball track and there is no corrosion on the ball or roller track. Corrosive oxides move like abrasives, which cause wear and leave a dark gray color on the balls or rollers and their races, which contrasts with the red-brown residue on the surface of NTN bearings.

Noise is a sign of failure. If the NTN bearing is working properly, the sound heard should be a soft whine and loose grease.

Use a screwdriver as a stethoscope to check NTN imported bearings. A short squeal indicates that it is not completely lubricated. A harsh sound indicates that the shaft or NTN housing is obstructed or improperly adjusted. The crunching sound meant that there was dirt in the bearing. The smooth, pure tone indicates that there are traces in the stationary seat ring. Irregular noises indicate bearing ball damage .

How to choose the grease of NTN bearing?

Lubrication has a very important effect on the operation and life of bearings. Here is a brief introduction to the general principles of grease selection. Lubricating grease is made of base oil, thickener and additives. The performance of different types and different types of lubricating grease of the same type is very different. The allowable rotation limit is different. Please pay attention when choosing. The performance of the grease is mainly determined by the base oil. Generally low viscosity base oil is suitable for low temperature and high speed; high viscosity is suitable for high temperature and high load. Thickener is also related to lubricating performance. The water resistance of the thickener determines the water resistance of the grease. In principle, greases of different brands cannot be mixed, and even greases of the same thickener can have bad effects on each other due to different additives.

When lubricating bearings, the more grease applied, the better?

When lubricating bearings, the more grease applied, the better. This is a common misconception. Excessive grease in the bearing and bearing chamber will cause excessive stirring of the grease, resulting in extremely high temperatures.

1.In the process of producing bearings, the bearing products are not strictly rust-proofed according to the requirements of cleaning and rust prevention regulations and oil seal rust-proof packaging. For example, the turnaround time of the ferrule is too long, and the outer circle of the outer ring is in contact with corrosive liquid or gas.

2.The quality of anti-rust lubricants, kerosene cleaning and other products used in production does not meet the requirements of process technology regulations.

3.Poor environmental conditions, high levels of harmful substances in the air, and a small turnover area make it difficult to carry out effective anti-rust treatment. Coupled with the hot weather, production workers violated the anti-rust regulations and other phenomena.

4.Bearing packaging materials such as anti-rust paper, nylon paper (bags) and plastic tubes do not meet the requirements of anti-rust packaging for rolling bearing oil seals, which is also one of the factors causing rust.

5.The turning allowance and grinding allowance of the bearing ring are too small, and the oxide scale and decarburization layer on the outer circle are not completely removed.

Prev: What is NSK Bearing Creep and its Influencing Factors Next: NTN Launches Updated Website