FAG deep groove ball bearings have a variety of sealing structures. According to the different sealing materials, they are mainly divided into two types: rubber sealing ring and dust cover (standard iron cover): according to the different sealing arrangements, they can be divided into contact sealing and non-contact Type seal. For sealed deep groove ball bearings such as motorcycles, home appliances motors, luxury ceiling fans, etc., the basic sealing structures commonly used at present mainly have the following five forms. 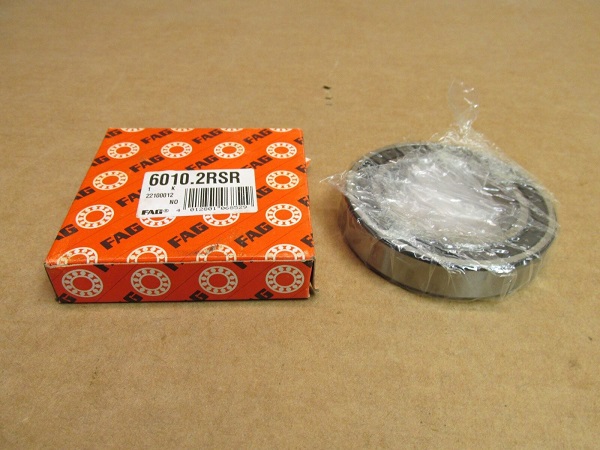 It not only has the sealing advantages of the groove contact type sealing structure, but also has the sealing advantages of the inner and outer diameter contact type sealing structure, so the sealing effect is better. However, due to the limitations of current processing conditions and production costs, it is difficult for both lips to achieve an ideal contact and sealing state at the same time. Therefore, it is generally to ensure that the radial direction has a better contact state, and the axial direction allows non-contact state. If the sealing effect of the outer lip of the sealing ring is considered, it can also be called a three-lip or multi-lip seal. Since this structure requires high processing precision of the sealing ring and the sealing groove of the ferrule, and high production cost, it has not been widely adopted. With the continuous development of sealing ring and ferrule processing technology and the continuous improvement of processing quality, the multi-lip seal structure will be the development direction of bearing high sealing performance.

For example, a single-sided sealed motorcycle engine case bearing is lubricated by splash lubrication by the engine oil in the engine when the engine is working. This splash lubrication method not only forms a certain oil pressure in the engine cavity and the bearing cavity, but also has a certain flow speed of the oil, which is not conducive to the anti-leakage seal of the bearing. Therefore, the requirements for the anti-leakage sealing performance of this type of bearing are very high, and the bearing must adopt a contact seal structure.

(1) The inner ring has no sealing groove, so the processing cost is lower;

(2) The dispersion of the interference between the seal ring lip and the ground inner and outer diameter is small;

(3) The friction torque is smaller under the same sealing effect;

Therefore, it is more common for motorcycle engine box bearings to adopt inner and outer diameter contact sealing structures. The fit interference mentioned here is a key technical parameter that not only affects the anti-leakage and sealing performance of the bearing, but also affects the friction torque.

Industrial sewing machine bearings are also lubricated with grease, and there are no special requirements for oil and water resistance. However, due to the problem of more dust in the installation environment of the bearing and the use environment of the sewing machine, the dustproof and sealing performance of the bearing is relatively high. Equipped with a labyrinth seal structure with a long sealing circuit, such as a groove contact seal structure

Luxury ceiling fan motor bearings are the ones with the lowest requirements for sealing performance among the above-mentioned types of bearings. Because the luxury ceiling fans are installed in the home, the working environment is better, and the requirements for dust and water resistance are not high; at the same time, due to the low speed, it is normal The work is generally only a few hundred revolutions per minute, and the centrifugal force on the grease is very small, which is not easy to cause grease leakage. Therefore, the non-contact dust cover sealing structure with the lowest production cost is generally adopted.

Prev: Matters in the Use of FAG Self-aligning Ball Bearings Next: How to Improve the Reliability of IKO Bearings